Connor may have a good foot over Jesse’s body in height. Even with the sexy trans man sitting on the kitchen counter, he still rises above him. That...’s not to say Jesse isn’t physically commanding. The beefy bodybuilder is filled out from his neck to his ankles in muscles, giving the lean ginger twink plenty to grab onto and worship as they make out. Jesse loves feeling his bulging pecs and biceps felt up by the tall twink, knowing that he represents a form of masculinity that Connor adores. When the shirts come off, the contrast between creamy pale flesh and tan tattoos is a beautiful sight to behold. Jesse pops up off the counter to pull Connor’s pants down, letting his long, fiery cock out of its concealment. It’s only free to the air for a second before being wrapped in Jesse’s mouth and stroked by his skilled hands. Connor puts his hands back on the stone counter and watches as his many inches disappear down Jesse’s throat, an indication of what’s to come when he gets between his legs! Connor puts Jesse on all fours, admiring the sweat glistening off his rippled, muscular back. His eyes traik back to his lean waist and round ass, giving him a clear path down to his wet, hungry hole. Connor’s shaft slides smoothly between his thighs and into his bonus hole, feeling the swing of the trans man’s cock above his pussy. Connor thrusts forward, increasingly becoming more aggressive in his pounding. He can see that the big guy can take it, making him bolder and more energetic as he approaches climax. Jesse secures himself in place with his strong forearms, eagerly awaiting the feeling of thick twink filling in his hole. [Read more]

Chance climbs up Brayden’s long, tall body like Jack climbing a beanstalk. At the top, he greets the handsome cis man with a passionate kiss. Their ...size difference only adds to their chemistry, but face to face, they embrace each other with a shared longing and intimacy. Brayden and Chance throw off their clothes and give each other a look at their beautiful, unique bodies. Chance is tattooed from head to toe while Brayden’s larger frame is practically unmarked. Brayden’s big cock hangs low between his legs while Chance’s throbbing, swollen dick is perfectly flanked by his hot, wet pussy. Brayden gets on all fours, lowering himself down to Chance’s loins to savor his partner’s sexy cock. Chance lifts his pelvis upward, serving up his hard cock and wet hole like a meal for Brayden to devour. The tattooed man looks down in delight as his partner worships his body, all the while thinking of taking his massive meat in his mouth in return. When Brayden leans back to offer up his giant tool, Chance stretches his throat open to take it all down deep. Brayden’s nuts are heavy beneath his shaft, serving as a goal post for Chance to reach as he attempts to swallow him completely. It’s not an easy task. Brayden is especially hung and girthy, giving Chance a lot to handle as he satisfies his oral fixation. Brayden can only last so long before he needs to fuck. Chance gets on top of him and rides him hard, feeling his hole stretch out to take every thick inch of his partner. Chance is no stranger to a powerful, deep dicking, but the way his pussy opens to swallow up Brayden is truly exceptional. Brayden is amazed by how well Chance can take him, enjoying every passionate thrust into his loins. It’s not long before Chance’s pussy milks Brayden’s load, draining his nuts out though his enormous cock and into his partner’s hungry hole. Chance is eager to take every drop, tightening his muscles to keep it in place as long as possible. But Brayden’s meat has opened him up so much that a few drops find their way out, glazing over Chance’s pussy in a final, beautiful creampie. [Read more]

Baily met Beaux in the gym. The two were working up a sweat and admiring each other’s bodies, imagining what lies beneath their exercise gear. They ...skipped the showers and went right home for a hot, sweaty, pumped up session of feasting on each other’s tight, athletic frames. Beaux and Baily tore off their shirts, giving each other a view of their smooth, toned torsos. Beaux’s muscles drove Baily wild, seeing the way his hard pecs glistened with sweat, lightly covered in soft brown hair. Baily pulled off his partner’s shorts, hungry for a mouthful of his delicious loins. The cocktail of sweat and musk radiated off of Beaux’ pussy, crowned by a hard, wet dick that made Baily’s saliva gush. The young man dove in head first between Beaux’ legs, lapping at his hole with the ferocity of a lion. His tongue worked in and around Beaux’ member, teasing and tugging on his pussy lips as the hard dick poked out. Beaux’ own hunger rose, desperate to feel Baily’s shaft between his lips. Getting on his knees and standing Baily against the wall, Beaux polished the young man’s cock with his mouth, licking from the balls to the tip. Baily flew his head back in pleasure, eyes rolling as he brought his hand to the back of Beaux’ buzzcut. Baily couldn’t hold back any longer. Fully erect with the taste of Beaux still on his lips, he needed to feel inside. Baily put Beaux on all fours, spreading his legs apart to see his pussy split open for him. With a sure, soft, sensual slide, Baily felt his uncut cock move inside Beaux’ hole, seeking out the trans man’s pleasure spots while being wrapped in a tight, wet pleasure. Baily could hardly believe his good fortune. A routine trip to the gym turned into an incredible fuck with one of the sexiest men on earth! Now, balls deep inside Beaux’ hole, he rides the edge of climax, trying to hold off the inevitable breeding of his partner, wanting to enjoy every intense stroke and thrust before unloading his cum deep inside. [Read more]

Jesse might be a bit shorter than his partner, Axel, but he’s easily winning in the pure muscle department. Jesse’s thick, jacked body draws Axel ...in, giving the lean runner-build man plenty to hold onto as they kiss and caress each other. Jesse radiates out masculinity and strength, making Axel eager to see more of his powerful body. Taking off his clothes, Jesse gives Axel the chance to really explore. Axel watches as the beefy trans man lies back on the bed, spreading his legs apart, revealing his thick cock and wet hole. Axel kisses up his thigh until his mouth hits the sweet spot, falling into Jesse’s groin and devouring his pussy. It’s then that Jesse moves down onto his knees to pull out Axel’s throbbing, thick member. Jesse wraps his hand around the shaft, taking it into his mouth as Axel teases his nipples and moans in ecstasy. Jesse’s mouth knows just how to make a cock happy. Axel loves the view of the broad back and shoulders of his partner, but needs to feel his cock slide inside his hole. Putting Jesse back on the bed, he slides his member deep inside, watching Jesse’s broad chest rise and fall with each breath he takes. Axel starts slow, moving into a steady rhythm of grinding and pounding before letting the beefcake feel the full force of his thrust. Jesse can take it all and wants more! As Axel gets himself closer to climax, Jesse plays with his dick and looks into Axel’s eyes, waiting for the moment that his partner bursts. It doesn’t take long before the lean top feels his nuts climb up beneath his shaft, sending jets of white cum out the end. [Read more]

Chance and Tommy could practically be twins! The two scruffy tattooed studs have beautiful, athletic bodies, close cropped hair, detailed designs draw...n all over, and an intense, passionate sex drive! Of course, the only difference is that one of them has a raging hard-on and the other is eager to take it! Tommy kisses Chance with a fiery hunger that his partner is happy to return. Their tongues move about like dancers, gracefully exiting the other and making their pulses hasten. Chance manages to get his hand on Tommy’s crotch, feeling the swelling of his cock beneath his jeans. Tommy is happy to open up for the horny stud, and finds he’s similarly inviting of his own loins. Tommy slides a hand inside Chance’s pants and gets a first feel of the hot wet pussy beneath. Things escalate as they take off their clothes, giving Tommy the chance to bury his face in Chance’s pelvis. Tommy’s tongue works as expertly on his clit as it did his mouth. He finds a rock hard, swollen dick in itself in the wet clit, sucking on it and kissing it as Chance holds his head in place. The groans and moans of pleasure echo throughout the room, and Tommy’s cock is desperate for release. Pulling out of his pants, Tommy gives Chance a mouthful of his member, feeling it harden and lengthen between the trans man’s lips. Chance is a champion cocksucker and knows how to bring Tommy to the edge of climax without going too far. He wants to make Tommy feel good, but still wants to feel it rage in his cunt. Putting Chance on his back, Tommy slides his slick meat between the trans man’s pussy lips, watching it disappear into his guts as Chance lets out a deep, guttural moan. The feeling is so intense that Tommy can hardly hold back the urge to plow harder and deeper from the jump. Chance is more than capable of taking it, though. The sexy guy loves a hard, rough, deep dicking. He spreads his legs wider apart to give Tommy plenty of space to jackhammer his hole. In the end, Chance wants that thick load. And Tommy is determined to give it to him! [Read more] 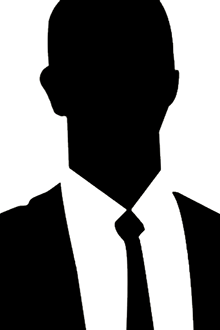